We are one of the Turkish chestnut exporters in Turkey. We export different products including apple, onion, lemon, kiwi, pomegranate, quince, red bull etc. Below you can read about chestnut in Turkey. Please feel free to contact with us for any questions or order.

Chestnut has also spread naturally in many regions in Anatolia and its cultivation has become widespread in the Aegean Region, Black Sea and Marmara Regions in economic terms. 42% of our chestnut production takes place in Aydın. Chestnut production is carried out on an area of ​​130 thousand decares in Turkey. 65% of chestnut fields are in Aydın and 22% in İzmir. The number of chestnut trees from which fruit is taken in Turkey is about 2 million. 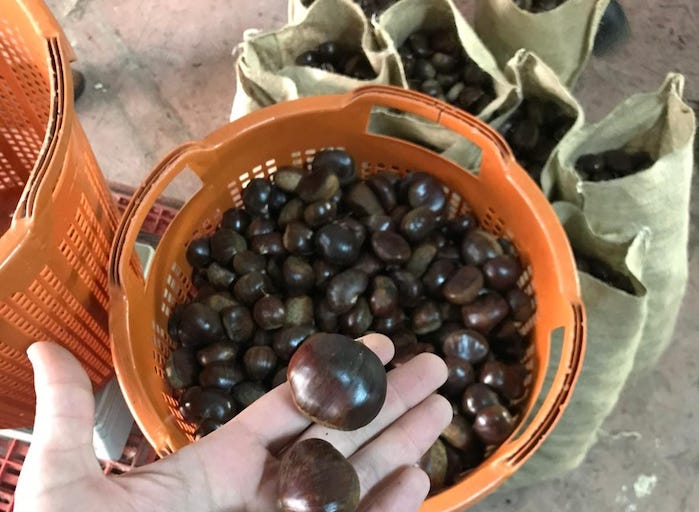 Chestnut fruits are small, medium and large, broadly oval shaped, fruit flesh is cream colored. It starts to bear fruit 5 years after grafting and reaches its highest yield in its 60th year. It has a life span of 500-1000 years. It grows at altitudes between 500-1200 meters. Its optimal distribution area is 600-900 meters. Average height is 15-25 meters.

When is the chestnut harvest done?

Where in the world does chestnut grow? 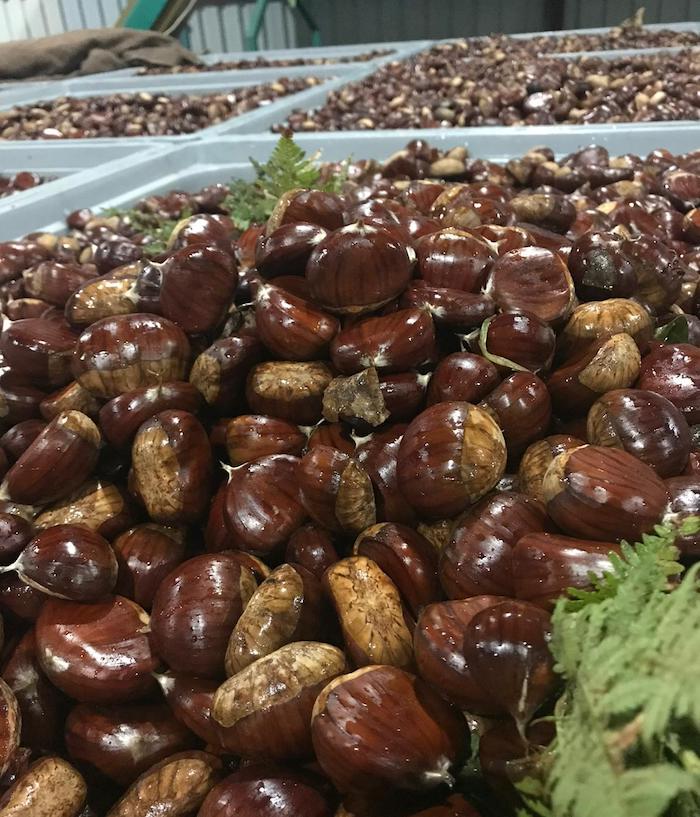 Chestnut tree is grown as a cultural fruit in a wide geographical area from Switzerland to Southern England, from Ireland to Germany, from Romania to the Netherlands, from Slovakia to Portugal, from the Caucasus Mountains to the Pyrenees. In the European continent, it is seen that chestnut agricultural areas decrease as you go from south to north and from west to east. As a result, chestnut trees are grown on all continents except Antarctica. Chestnut producing countries in the world, China, Bolivia, Turkey, Republic of Korea and Italy are important producer countries.

Chestnut is considered as a valuable tree besides its fruits, and its timber, flowers and leaves are evaluated economically. Its timber has been used for centuries in the manufacture of boats, as it is resistant to decay, especially in the Black Sea region of our country, as well as in furniture production. In addition, chestnut honey is also used fondly. Although chestnut contains less oil than other types of hard-shelled fruit, it is a rich source of fatty acids, especially linoleic acid, which are necessary for the human body. Chestnut has been an important source of protein and carbohydrates in human nutrition since ancient times. Therefore, it is both satiating, nutritious and a good source of energy.

Importance of chestnut in nutrition

While hard-shelled fruits are generally high in fat, chestnuts have more carbohydrates. Chestnut fruit contains 40-45% water, 3-6% protein, 3-5% fat, 40-45% carbohydrates, and 1.3% ash under normal conditions. Chestnut has been a source of carbohydrates in the human diet since ancient times. It is also noted that chestnuts contain vitamins C and A.

When the export figures of our country are examined in recent years, Italy has always been in the first place in our Turkish chestnut export. Countries with foreign trade potential for Turkish chestnut, apart from Italy, are Germany, England, Israel, the Netherlands and Macedonia, Lebanon, Romania, France and Saudi Arabia. Considering these countries, their import volumes are high and they are a potential market for Turkey.